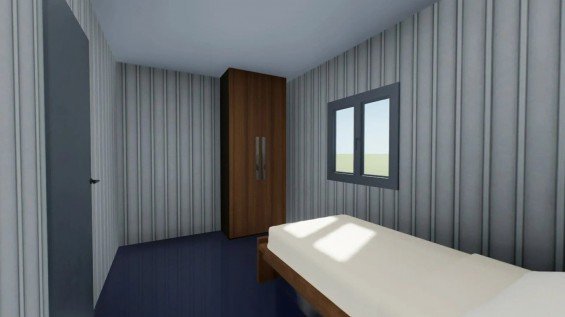 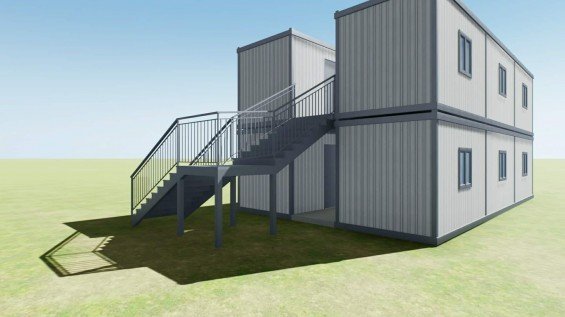 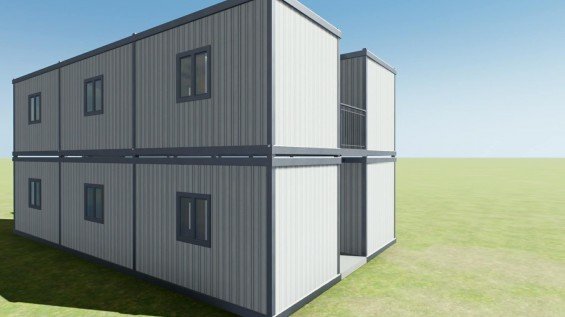 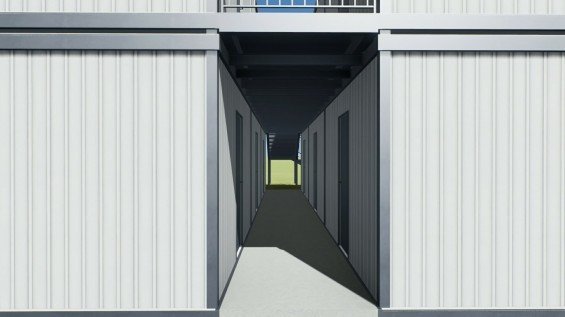 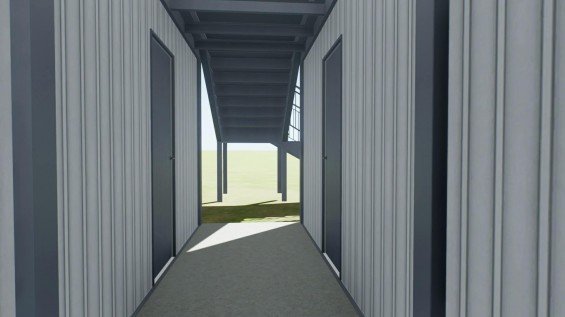 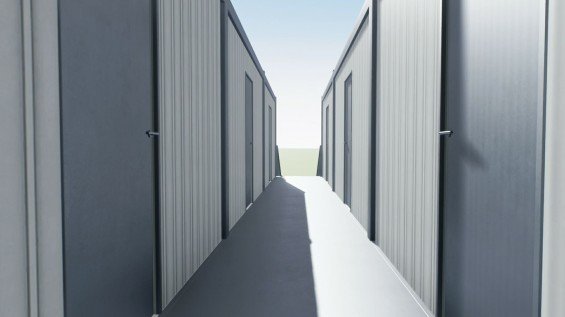 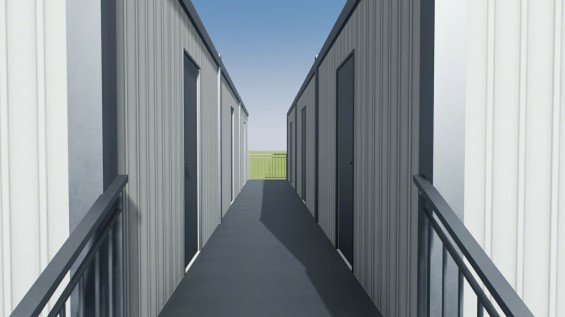 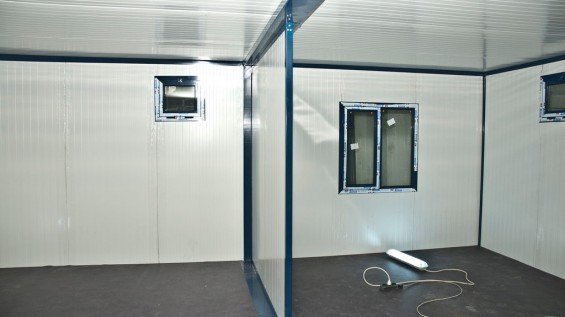 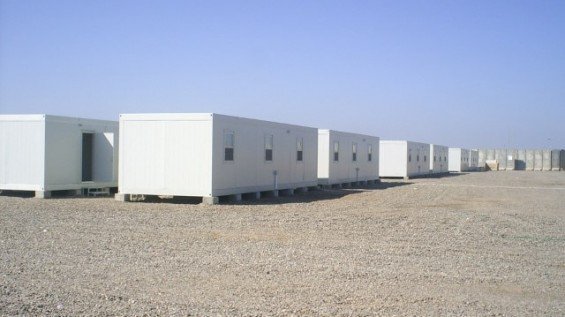 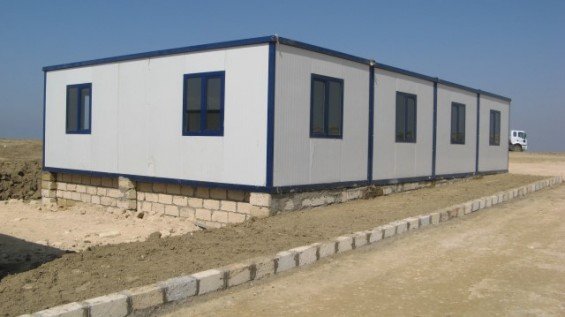 Housing is one of the most major challenges faced by college and university students due to several reasons: Low supply of affordable houses near campus, rising rent prices, lack of economic support and scholarships offered by higher education institutions, and so forth.

Adding the expanding enrolments to the equation, students and higher education institutions are currently in search of alternative housing options like dorm buildings, modular student housing, and residence halls both on-campus and off-campus.

Luckily, there are affordable, durable, and versatile options like modular dormitories. Offering a modern and updated take to dormitory housing, new and used modular dorms are easy and very quick to build.

What are modular dorms?

Offering an alternative approach to college dormitory building, modular dorms are made of prefab modular units. Due to their versatile nature, they are able to provide very unique and functional solutions to even the most difficult housing issues.

Unlike brick-and-mortar college dorm buildings, modular dorms are very cost-efficient and quick to build. Moreover, you can opt for used modular dorms if you are on an especially tight budget.

Due to their functionality, many institutions switch to modular dorms. One example is Texas A&M’s on-campus housing.

Because modular dorms must be transported from factories to project sites, modules are subject to size restrictions set forth by the jurisdictions they are transported within. Limitations are mostly based upon the distances, highways, and bridges modules are transported across the time of day they are transported, and their carrier truck’s capacity. Moreover, every state holds modular buildings accountable to building codes that ensure modules will be sturdy enough to transport. For more information on transporting modular homes, visit your locality’s Department of Transportation.

To maximize the benefits of mobile modular dorms, room dimensions are coordinated with the typical dimensions of a freight truck. Each module stretches from the exterior face to the exterior face of a double-loaded corridor building, including components of two units and the corridor running through the middle. As much as possible, unit interiors are finished in an off-site factory with finish materials, cabinetry, and fixtures, prior to relocation to the site. This simplifies the delivery process and on-site construction. A section cut through stacked units demonstrates the independent structure of each module, whether wood or steel. Interior plumbing walls and utility plenum below the modules provide space for supply lines and wastewater lines.

TAMU dorms are known for their comfort and high capacity. In order to support their students’ campus life and offer them a home-like environment, TAMU provides many different dorm halls including Haas Hall, Lechner Hall, Aston Hall, and TAMU modular dorms.

Allowing more than 2000 students to live on campus, Texas modular student dorms are known for their close-knit community feel and their exquisite location. Students living in TAMU residence halls can easily access both the North and Southside of the campus and enjoy feature rooms of the Texas A&M dorm. In order to make students feel more comfortable and safer, there are single-sex and co-ed dorm options as well in Texas A&M College.

Being one of the most beautiful options offered by Texas Residence Halls, modular halls offer double rooms and private rooms. Each room has private bathrooms that are shared by one or two residents so that students don’t experience any inconvenience or stress due to crowded or unsanitary bathrooms. 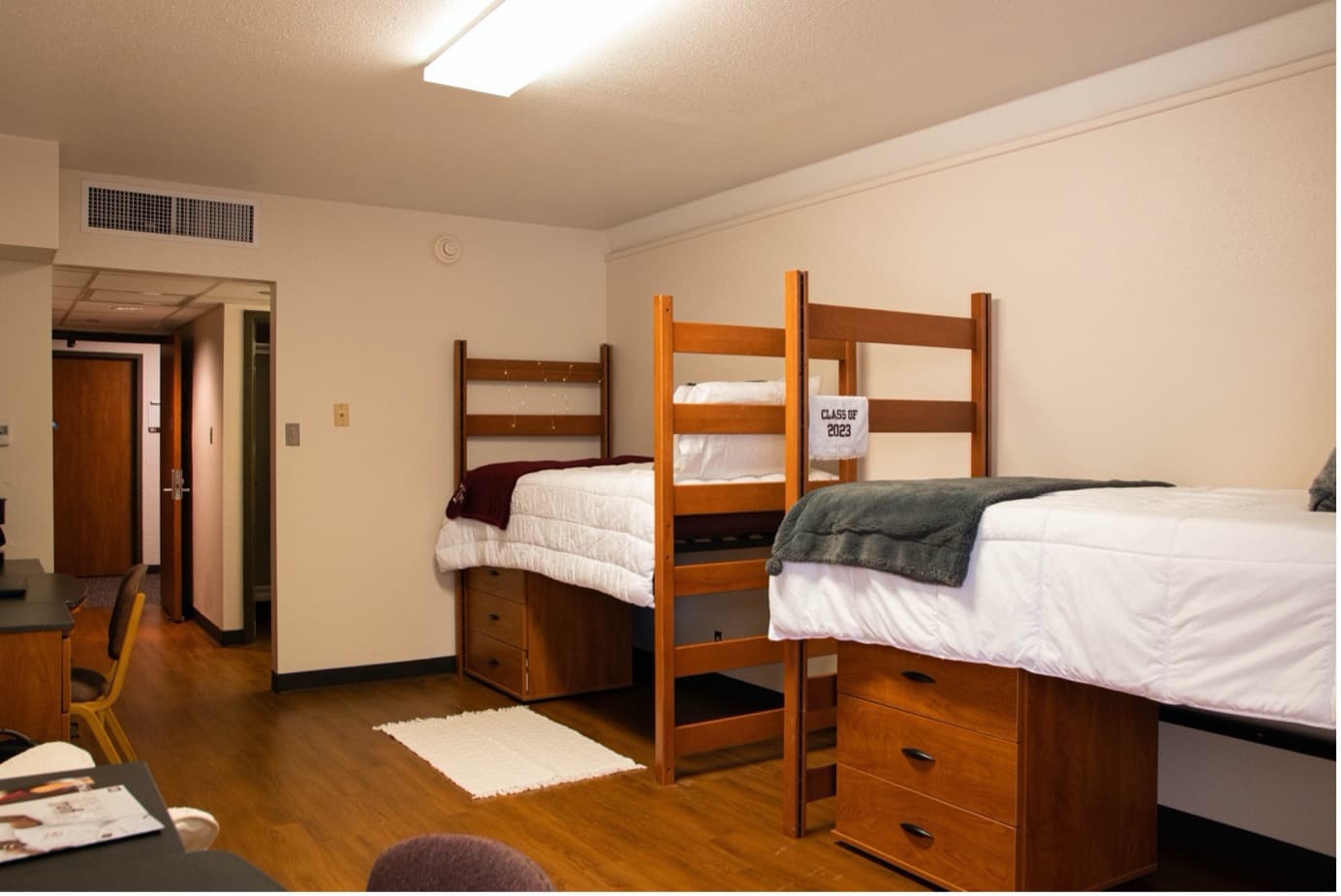 Their affordable prices and impressive amenities make Texas University Residence Halls very appealing. If you have doubts regarding modular student dormitories, we strongly advise you to take a closer look at modular dorm options offered by Texas A&M on-campus housing. 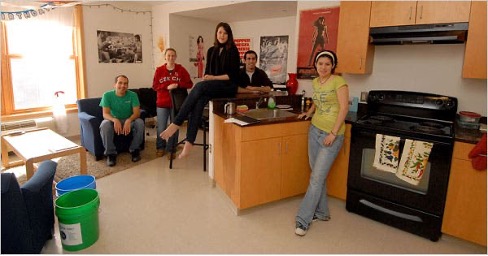 Figure 1Adam Hirsh, left, and his roommates Lauren Gotterer, Caitlyn Pawson, Paul Thaler and Alana Torres live in one of the modular dormitories at Muhlenberg College in Allentown, Pa.Credit...Laura Pedrick for The New York Times

Modular construction may have an image associated with prisons and barracks, but it is also increasingly being used in a more refined setting, to create quick and convenient university dorms and classrooms.

These are not the flimsy wooden buildings that were the hallmark of the first generation of modular buildings, but hardier steel and concrete structures. For instance, Texas A&M on-campus housing offers functional, sturdy, and durable modular student dorms. So much that one of the selling points of this accomplished university is relief in TAMU that is enriched by Texas student residence halls. In addition to Texas A&M University, Yale, on a campus, distinguished by sturdy neo-Gothic and Georgian Revival architecture got new mobile modular dorms in 2004, covering about 7,800 square feet.

The $3 million building is part of Pierson College, one of Yale’s 12 residential colleges. It bears touches of the surrounding architecture, completed in 1933, with custom antiqued brickwork, a pitched slate roof, Yorkshire glass windows with concrete lintels, and stone copings at the parapets.

“They tried to blend in the appearance of the building with what’s here already,” said Martin Dominguez, a first-year medical student who was also an undergraduate at Yale and has lived in the modular building for 18 months. “They did a reasonably good job, though the building obviously looks pretty modern relative to the other architecture.”

In permanent modular construction, a module may encompass parts of more than one dormitory room or may be as small as a single bathroom. The building is typically designed by an architect, and then a modular manufacturer translates the design into components, which are fabricated in a factory and assembled on site.

While this method of manufacturing saves colleges some money, perhaps 5 percent to 10 percent on construction costs, a more important reason for its growing popularity may be that it speeds up construction, which minimizes disruption on campus.

Instead of taking a year to build a dormitory, it can take only a matter of days, meaning colleges can respond quickly to an unexpected jump in enrolment and capture the revenue from rents sooner.

The three-story dormitory at Yale’s Pierson College, which houses about 18 students, was assembled during spring break.

Experiencing growth in enrolment and a housing crunch, the College of Idaho needed to rapidly expand its housing capabilities. The challenge was that building a large-scale residential hall was too much to take on, and that doing so would take longer and cost more than the school wanted to invest.

“If we built a large-scale residential hall, it would take roughly two years from the design phase and the site work to construction. It would probably be a $12 million project. That project size would have been more than our current needs, but it could grow into. Our desire was to not end up with a ‘build and they will come’ level of housing, but instead to build to a scale from which we could work up,” explained Richard Erne, vice president of finance and administration at the College of Idaho.

The college’s search for an efficient and cost-effective option brought them to seek modular solutions for the school’s challenges.

“With a shipping container–type modular structure, the pricing was what we wanted to spend, and we could bring the new housing to our campus in five to six months and have it for the fall semester,” says Erne. 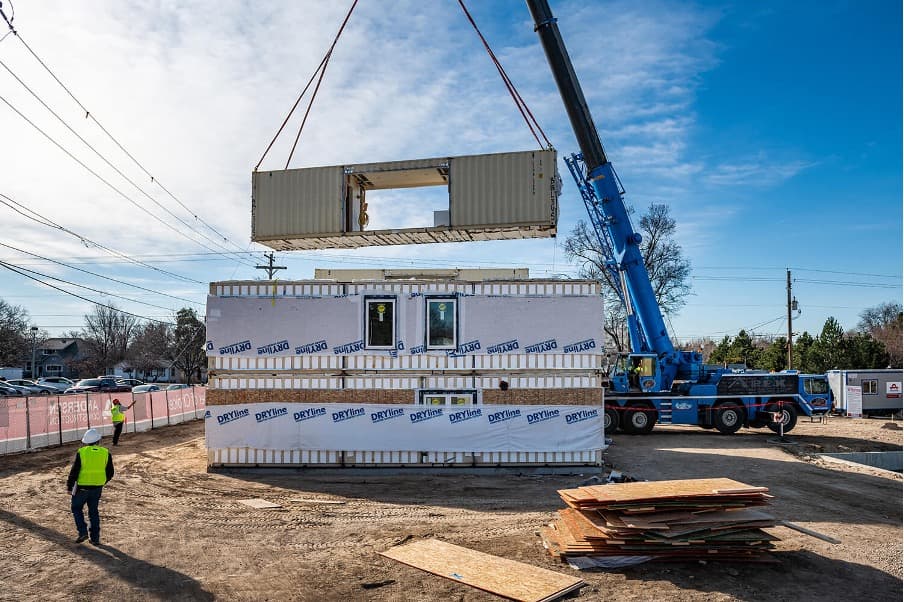 Deep prefabrication experience was key in turning the modular solutions into reality and realizing a host of new efficiencies along the way.

Leveraging modular dorms plans enabled the College of Idaho to open both dorms before school started and do so with significant cost and long-term savings. Students moved into the newly built and named Sawtooth and Owyhee dorms in August. The two buildings add 54 new beds spread across 46 single rooms and four double rooms.

“With quartz countertops and individual mini-split systems for temperature control in each bedroom, these are the nicest dorms I’ve ever been in. It is high-quality housing that you don’t often see at the university level,” said Johnston. In addition to being high-quality, the buildings are also more energy-efficient than traditional construction. The design incorporates energy-efficient appliances, HVAC systems, high-density insulation, and LED lighting throughout, among the many key energy-saving components.

In addition to the significant cost savings, efficient build, and enhanced housing capacity, the biggest win of leveraging modular construction is that it enhanced the College of Idaho’s living experience for students. “The students who are living in Sawtooth and Owyhee really enjoy it, and the new spaces clearly have provided us with more capacity,” said Erne. “So, as next fall rolls around and vaccines are readily administered so we get the COVID-19 virus under control, and we get our students back on campus, I’m sure there’s going to be a waitlist (for these dorms).” A video tour of the new dorms being constructed can be found on the College of Idaho’s YouTube channel.

Get a Quote
Our Customers